HomeSportsUEL 'Has to be Rigged' - Fans react to Europa League Playoff...
Sports 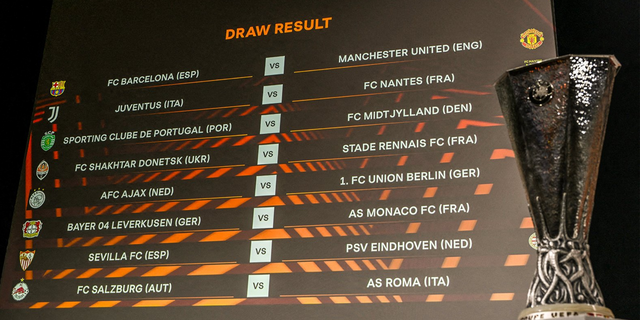 Following the conclusion of the UEFA Europa League Round of 16 draws on Monday, there was weeping and wailing among some club supporters on social media.

The 2022/2023 Europa League knockout stages will once again see unfamiliar faces this season following the dropping of some European heavyweights from the group stages of the Champions League.

Barcelona, Juventus, Ajax and Sevilla were four of eight teams who finished third in the Champions League, and dropped to Europe’s second-tier club competition to link up with the likes of Arsenal, Manchester United and AS Roma.

Monday’s draw which took place in Nyon, Switzerland, decided what the playoff round will look like, ahead of the round of 16 matches scheduled to take place next year against group winners from the Europa League.

The confirmed draws for the Europa League round of 16 are as follows:

Social media Reactions to the Europa League Round of 16 Draws

Following the conclusion of the draws, fans have since taken to social media to react with some seemingly unimpressed with their club’s pairings as is tradition every year.