HomeHealthSperm killers: Here are 7 things that men need to watch out...
Health

Sperm killers: Here are 7 things that men need to watch out for 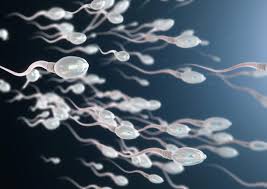 Sperm can be powerful little swimmers, that’s for sure. However, they aren’t very tough. All sorts of seemingly little things can throw them off their game, making them useless and affecting one’s virility.

Research shows that up to 15 percent of couples are infertile which means that they aren’t able to conceive a child, even though they are having regular, unprotected sexual intercourse for a year or longer. Male infertility plays a role in over a third of such cases.

Male infertility is due to low sperm production, abnormal sperm function or blockages that prevent the delivery of sperm. Illnesses, injuries, chronic health problems, lifestyle choices and other factors can play a role in causing male infertility.

Not being able to conceive a child can be stressful and frustrating, but a number of male infertility treatments are available.

Often, men are ignorant as to the factors that affect male infertility but we have a list of the sperm-killers you should watch out for.

It may seem bizarre but there is such a thing as having too much testosterone. Yes, it takes a lot of testosterone to make sperm, but testosterone supplements can actually have an adverse effect on the body’s sperm-making machinery.

That’s because too much testosterone shuts down the pituitary, the gland that regulates the testicles’ production of sperm. Some scientists have even suggested using testosterone as a male contraceptive but research on its efficacy is scarce.

In any case, monitor your testosterone levels if you are struggling to conceive and you may just find your answer.

The chemical in marijuana that makes you feel high, tetrahydrocannabinol (THC) can affect your sperm count and keep it lower than ideal.

THC is mimics testosterone, so smoking weed exposes sperm to a hormonal imbalance that can cause sperm counts to fall. In fact, Marjuana isn’t the only drug that can affect male hormones. Heavy use of narcotics like the morphine derivative hydromorphone (Dilaudid) can cause testosterone levels to plummet. When that happens, a guy’s sperm production – and sex drive, goes totally out of the window!

3. The toll of tobacco

Toxins in tobacco smoke can cause sperm to swim slowly, this is known as lazy sperm.

Furthermore, they can damage sperm cells’ DNA cargo. And cigarettes can do their damage even if guys themselves don’t smoke.

Heat is extremely dangerous for sperm and sperm production. The testicles, which is where sperm cells are made are ‘designed’ to stay about seven degrees Fahrenheit cooler than the rest of the body. If the testicle temperature rises above that level, sperm inevitably slows down.

Though it’s not an exact science, one study found that regularly taking a hot bath or jacuzzi can hurt fertility. Other research has shown that resting a laptop on your lap can have the same damaging effect.

Of course, there are many babies born to men that take baths and use laptops, so the jury is still out.

Semen exposed to the radio waves emitted by cell phones can result in damage to sperm, recent studies have shown. Although it goes without saying that most people will be “protected” by skin and clothing, until the science is disproved completely, it probably makes sense for men to keep their cell phones someplace other than a jean pocket.

6. Too fat to function

Obesity has been linked to poor sperm, possibly by lowering levels of testosterone and raising levels of the female hormone estrogen (a little of which all men have). The fatter a guy is, the worse his hormonal situation and therefore, the more sperm issues he’s likely to have.

Radiation, including that from X-rays can stop sperm production inside the testicles. The bigger the dose, the longer it takes sperm to recover. Very big doses can render men permanently sterile, but the occasional X-ray, experts say, isn’t enough to put you at any permanent risk.