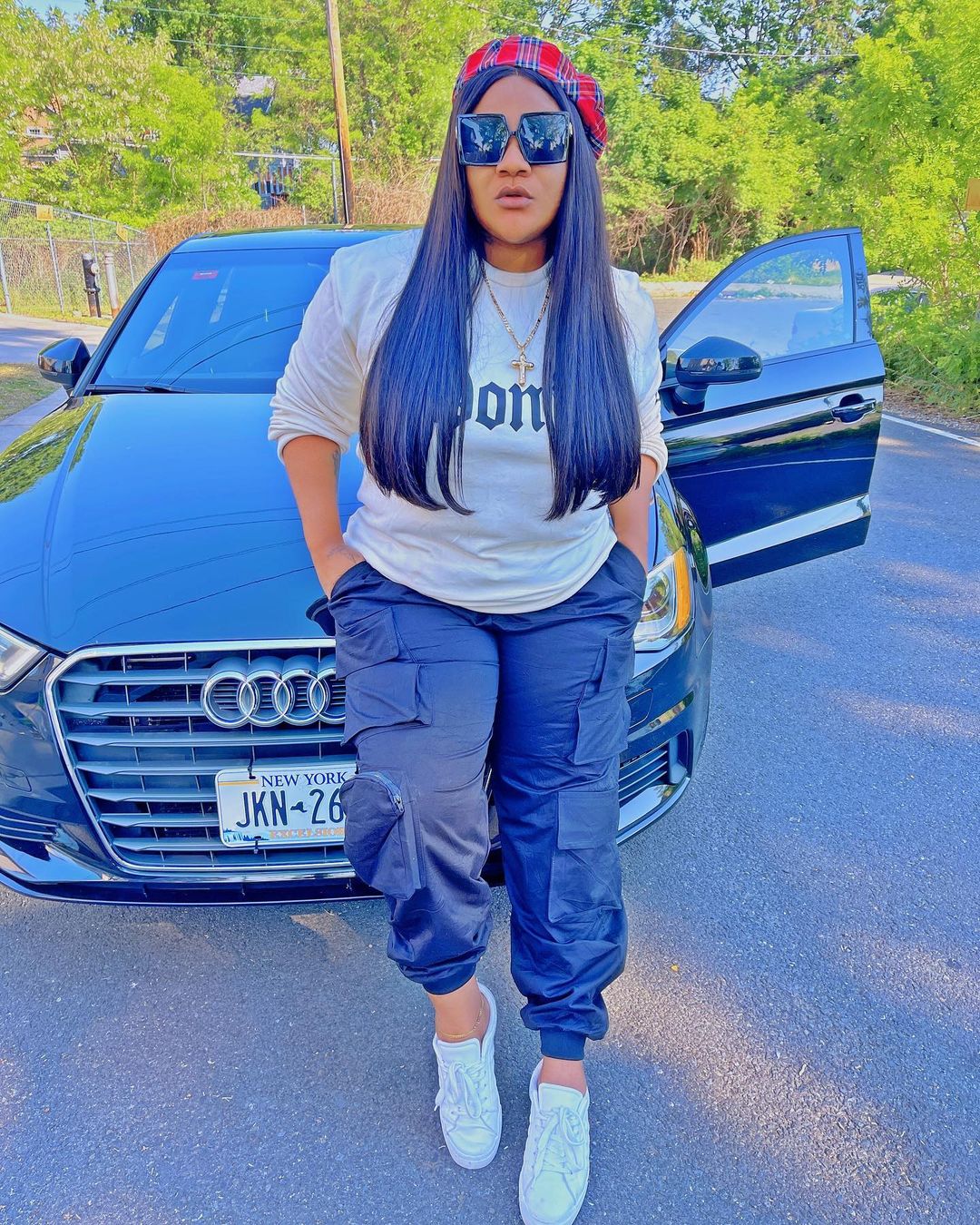 The Nollywood stars in the last few weeks have been at loggerheads over the alleged child molestation saga involving their colleague, Baba Ijesha. 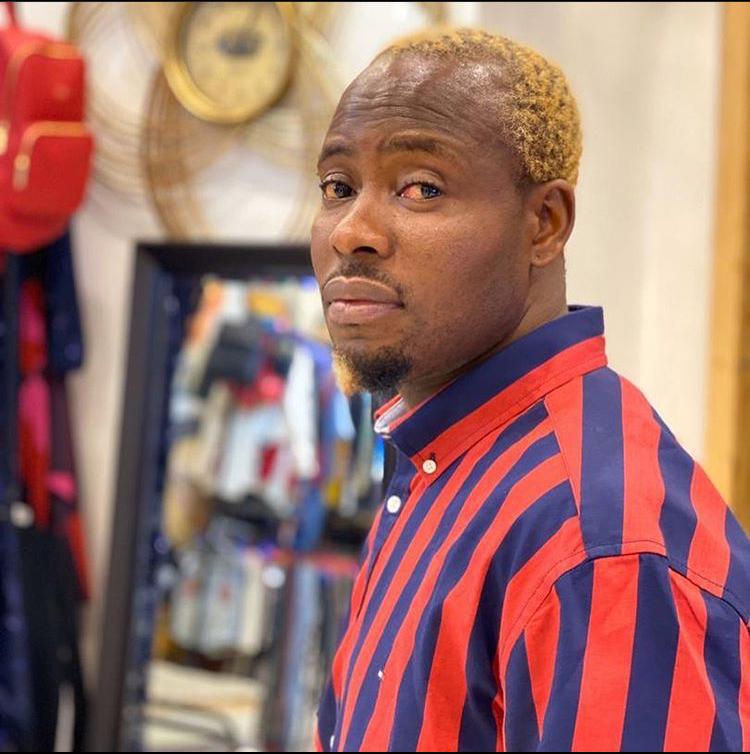 Nkechi Blessing and Kehinde Adams better known as Lege who dragged each other to filth on social media over Baba Ijesha’s alleged child molestation saga have now been sanctioned by the association.

Tampan in a statement released on Sunday, May 23rd, ordered directors in the film industry not to engage the services of the suspended actors.

The statement read in part,

“The attention of the National body of TAMPAN (Theatre Arts and Motion Pictures Practitioners Association of Nigeria) has been drawn to to the unruly acts, exchange of detrimental verbal utterances and other acts that is causing disrespect to the image of the association and our noble profession in general.

“All guilds under TAMPAN has been directed to henceforth desist from having professional dealings with Sunday Nkechi Blessing and Mr Adams kehinde(Lege) until further notice”. 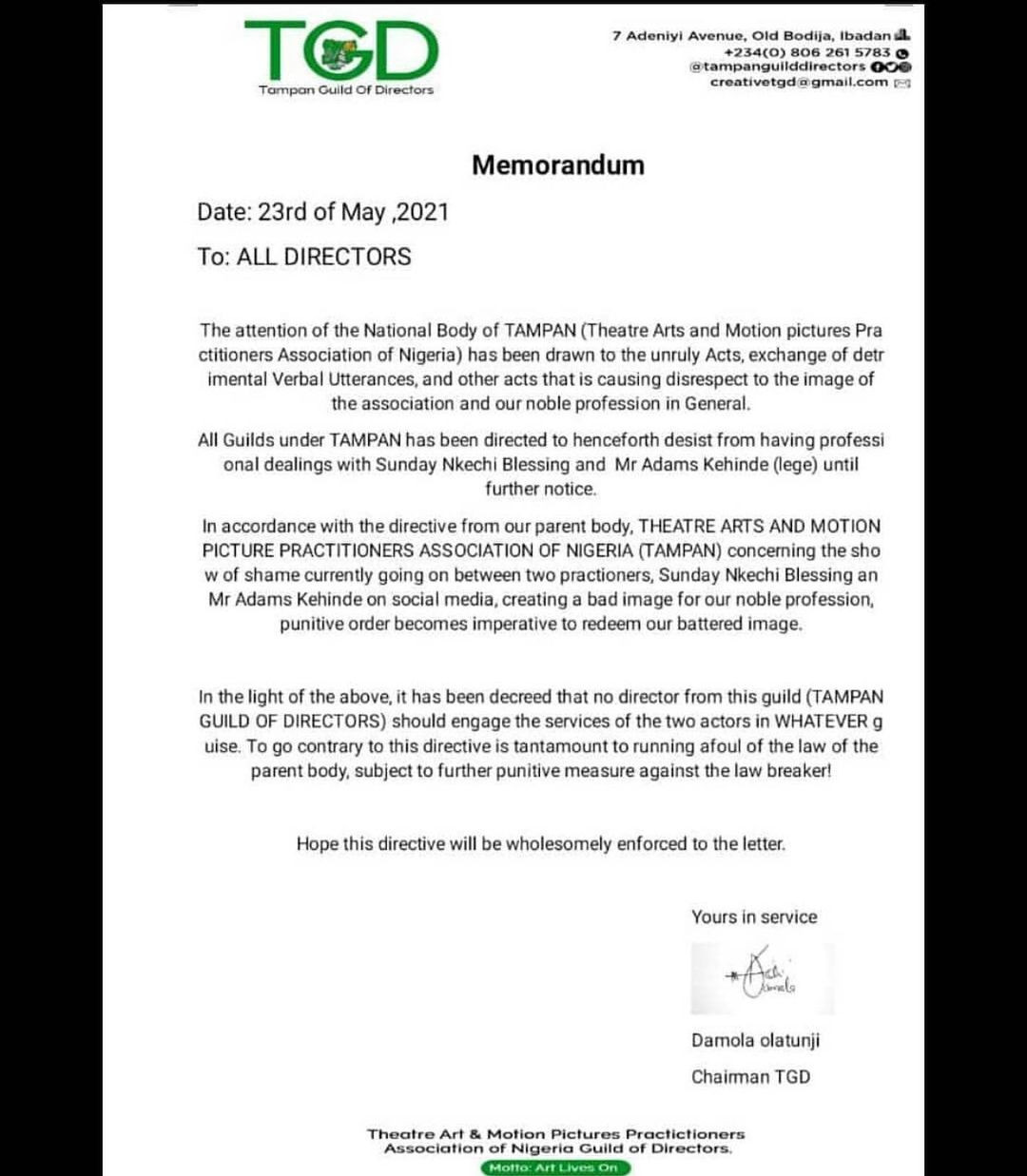 Efia Odo Embarrassed Seeing The President Sleep On His Job

Lady jubilates as she strikes a massive deal with Google tech...