Nollywood actress, Bimbo Ademoye is currently getting it hot as she has been called out for allegedly dating and sharing some naked photos of herself with a married man. 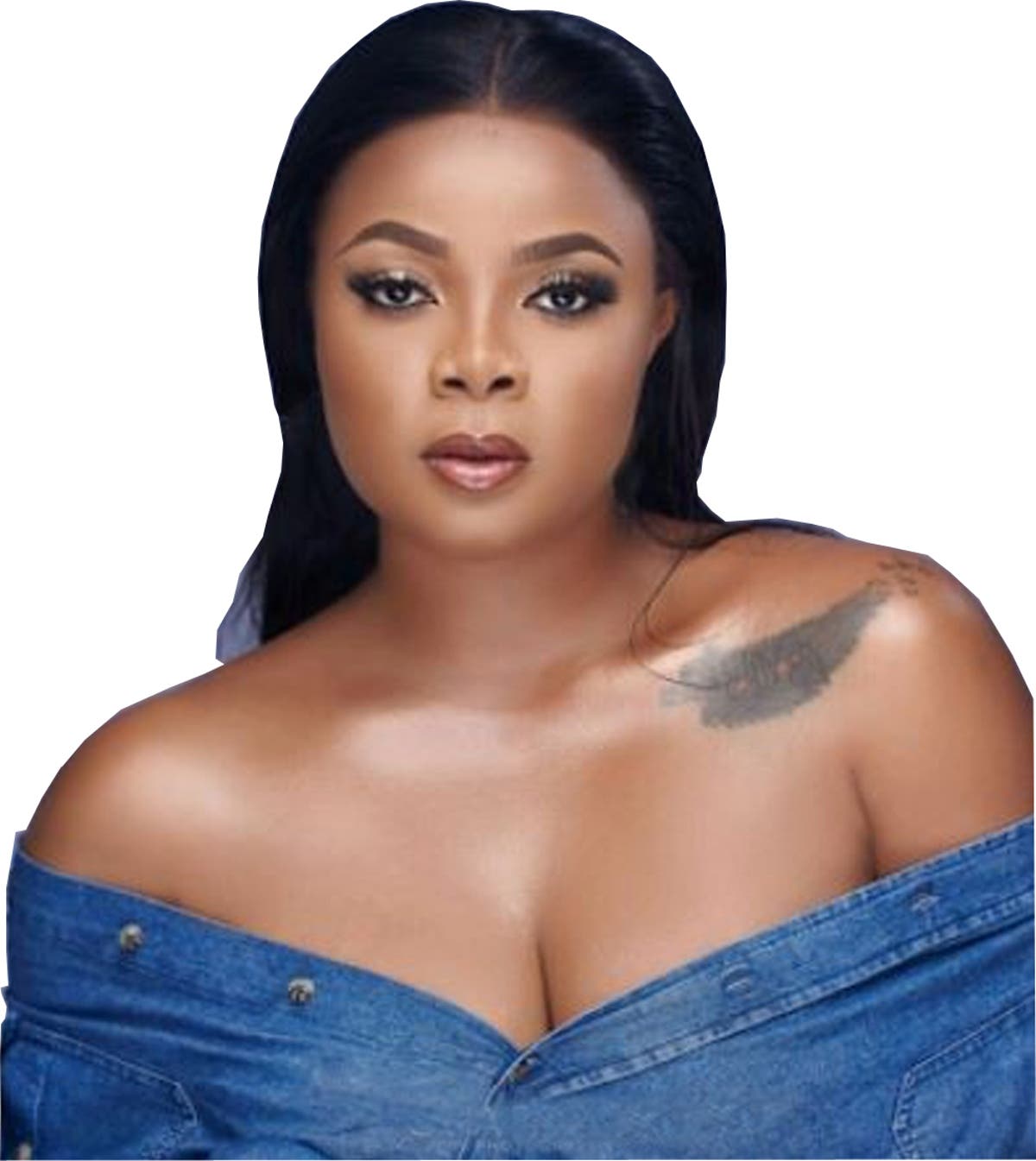 According to the blogger, identified as Cutie_julls, the actress had series of video calls with the man in which she showed off her nudes in them, despite being aware that he is already married to someone else.

“If no be say I did video call with the wife…. I would have sworn with my life… oh Bimbo… reasons why we have been dull online for 3 days… Who dey breeeeeeeeeeeeeeet…

Abeg, in all honesty, on my life.. I won’t be serving you guys the pics and videos for obvious reasons.. maybe a little bit skin but nothing nude. Hmmmm we were taking on a tour in the couple’s house via video call.. now Oga has been thrown out..

It’s sad.. but as your mama is a working class amebo disher, y’all need to be patient and read it tot by tot as I serve you. Oga screen records all video calls. I no fit shout. Very stupid man I must say. But hmmm

The pictures and video call recordings we got were very very disturbing so we needed to be extremely sure that it’s not one silly person trying to run down Bimbo. We requested for a video call with madam [Oga’s wife] and she accepted. She is a very matured in age lady. Not a small girl to be playing silly. The first snap shot we posted last night was outside of their home. This was when she took us inside. We saw the kids. Spoke to the kids. Yes indeed Daddy isn’t home. You know how it’s done abroad na. If daddy is being an ass, mummy puts him out for her sanity. Mummy in her sad mood explained this is not really about shaming anybody but she only needs girls to know how some of these silly men screen records their video calls. Sadly, with this particular one, it’s our own beautiful Bimbo. Omo, it’s sad sad sad.. but patience pls

NB- We won’t be putting any of Bimbo’s nudes out here so pls don’t expect it.” 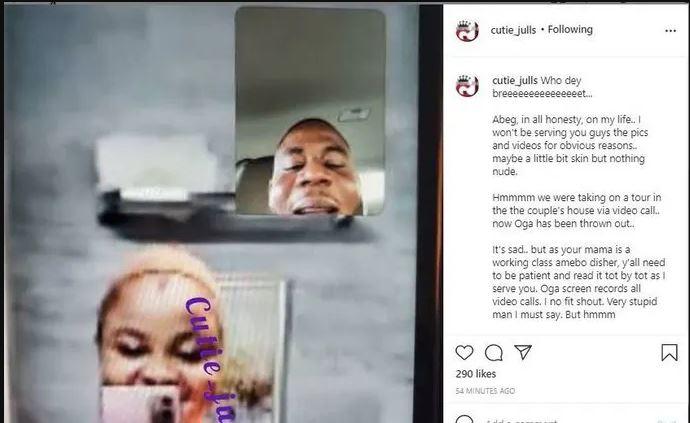 FUTO Notice to All Students for 2019/20 Session Exams

“My baby is not a baby anymore” – Omotola Jalade celebrates her son on...