Nollywood actress and movie producer, Mercy Aigbe has in a recent post on her Instagram page, insinuated that she has no time playing the victim card just to have people’s pity. 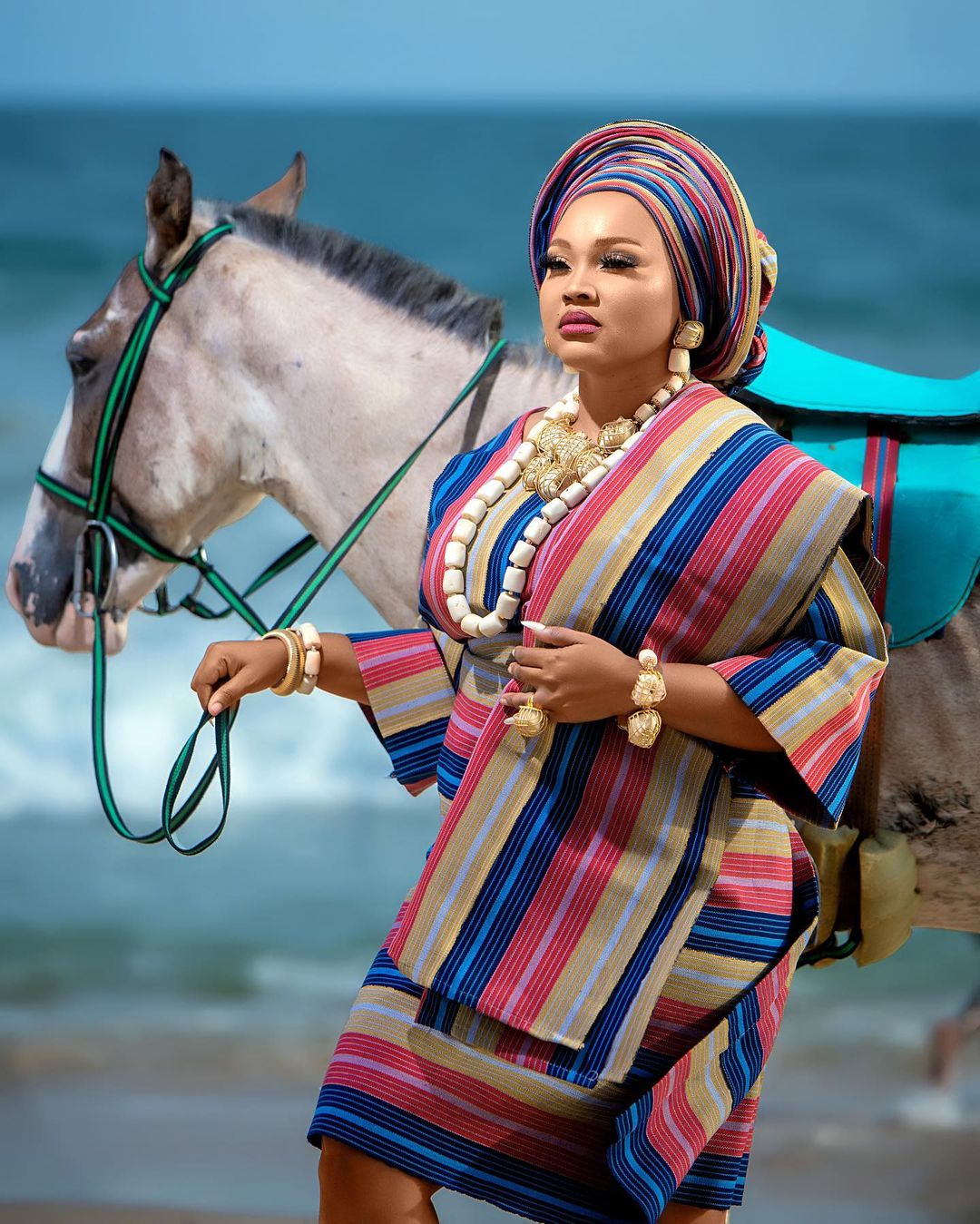 The mother of two took to her official page to share a series of herself in an attire that purportedly belongs to a character she plays in a new movie.

Describing the character, the actress says she has zero time for pretense or seeking validation to be who she is. Olori Agbeke, which supposedly depicts her, is described as bold, audacious, and passionate in her caption. 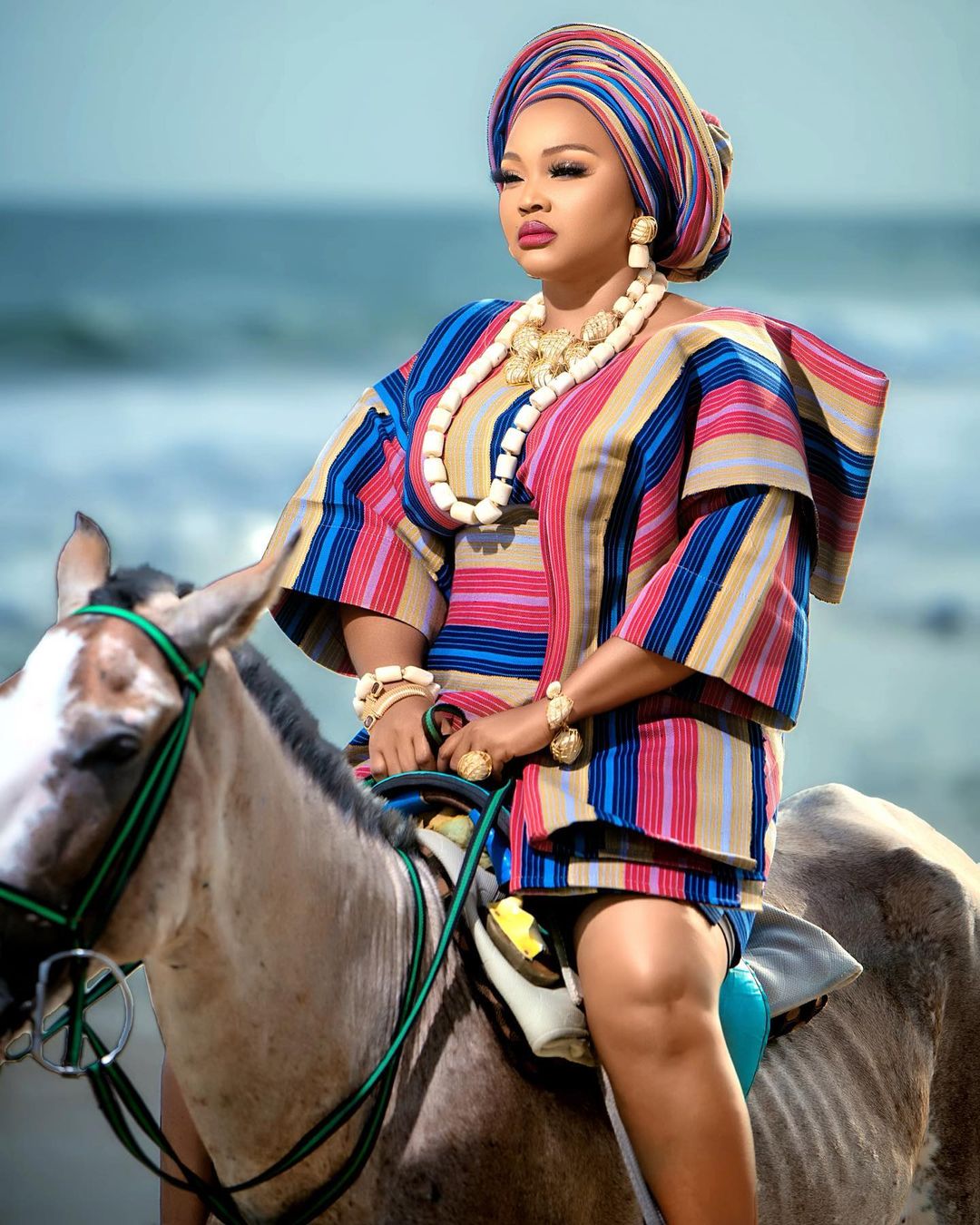 A Queen who can go from Royalty to Ghetto in a Twinkle of an eye!

She came with all the pepper 🔥🔥🔥 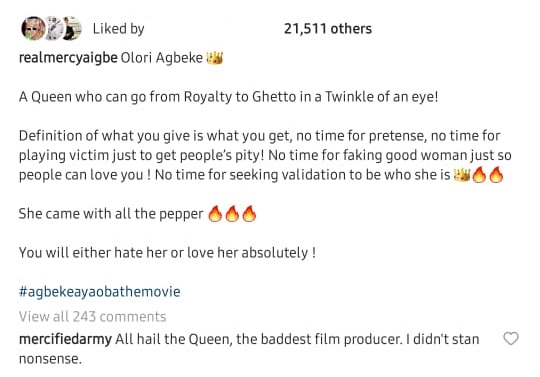 Paystack co-founder, Ezra Olubi, shares photos of the bizarre attire he rocked to a wedding ceremony

Church members kneel down to welcome their pastor

“Wetin do your legs abeg” – Netizens drag Eniola Badmus for...